Did You Know? 7 Fun Facts About Golf 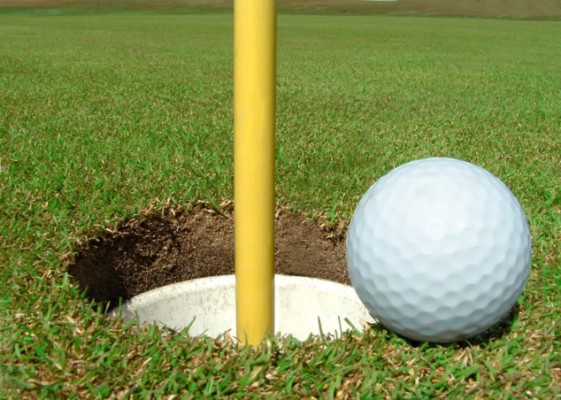 Golf is a centuries-old sport that’s enjoyed by millions of people throughout the world. While most people are familiar with the general concept of golf, we’re going to share some fun facts that you probably didn’t know.

English-American pro golfer and kinesiology expert Michael Hoke Austin is credited with making the longest drive. While playing in the U.S. National Seniors Tournament in 1974, Hoke drove the ball a mind-boggling 515 yards. PGA champion Chandler Harper, Hoke’s foursome teammate, said “This is impossible, but there is a ball over here.”

America’s first 18-hole golf course constructed on a sheep farm in Downer’s Grove, Illinois in 1892. Businessman and golf lover Charles Blair McDonald moved to this quaint town and began constructing the course with his colleagues. The Downer’s Grove Golf Course is still intact after all of these years, although its since been downsized to 9 holes.

#3) Golf Balls Were Originally Made of Wood

Here’s a fun fact: some of the first golf balls were made entirely of hardwood, such as beech and box trees. These balls appeared during the 14th century and remained in use until the 17th century. Of course, a typical wooden golf ball would only last for a few games before it needed to be replaced.

#4) Other Golf Balls Were Made of Feathers

An alternative type of golf ball, known as a feathery, also appeared around the era of the wooden ball. A feathery was basically a leather pouch filled with chicken or goose feathers (hence the name. Due to the extensive labor and materials required, a single feathery ball would often cost the modern-day equivalent of $10-$20 bucks.

#5) Golf Was Played on The Moon

Golf is one of the two only sports to be played on the moon. On February 6, 1971 Alan Bartlett “Al” Shepard, Jr. performed a one-handed swing with a six-iron, sending the ball flying through the moon’s low-gravity atmosphere. And in case you were wondering, javelin is the other sport that was reportedly played on the moon.

Golf is an excellent workout that burns calories while promoting greater muscle mass. According to the health and fitness website ShapeFit.com, a typical 190-pound golfer will burn 431 calories per hour — assuming he or she is walking across the course instead of riding a golf cart.

#7) Development of New Golf Courses Is Banned In China

China’s government placed a ban on all new golf courses several years ago. However, this hasn’t stopped cities and local communities from building them. To get around the ban, developers conveniently avoid mentioning the fact that they are building a golf course in the proposed plans.