The Hurricane Junior Golf Tour returned to Bluffton, South Carolina on March 21-22, 2015 for the Hilton Head Junior Shootout at Island West. Players battled through soaking wet conditions throughout the event. The top three finishers in each division received an invitation to the 2015 Mid-Season Invitational. The winners in each division received an invitation to the 2015 National Championship. All four divisions were ranked by the Junior Golf Scoreboard. Additionally, the top ten finishers in each division received points towards year end honors which include state teams, ALL HJGT teams and the Hurricane Cup. Additionally winners of the Girls 15-18 Division (top 3 finishers) and Boys 15-18 Division earned AJGA PBE Stars. 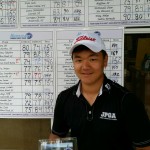 The Boy’s 15-18 division was loaded with talent who demonstrated their power and precision despite the difficult conditions. By the end of the first round there were 12 players within three strokes of the leader, Walker Campbell of Hilton Head Island, SC. The final round was consistently plagued with periods of heavy rain but Campbell managed to secure the victory finishing even par on the weekend. Daniel Oh of the JPGA, finished two over on the weekend to claim second place. Both Jonathan Phillips of Hardeeville, SC and Tyler Johnson of Knoxville, TN finished three over on the weekend in a tie for third place. 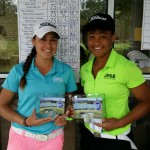 In the Girls 15-18 division, a tight race in the first round brought out the competitive spirit and drive in each player and produced an impressive finish. Anita Uwadia with the JPGA finished one under on the weekend. Close behind her throughout each round was Isidora Nilsson also with the JPGA, finishing the weekend five over to secure second place. Gaby Amos of Gainesville, FL finished the weekend six over to take home third place. Uwadia finished the weekend with the victory making 11 birdies over the 2 rounds. 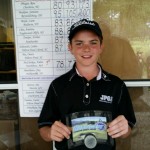 The Boys 13-14 division was a close race between three players at the close of the first round. Daniel Azallion of Hilton Head Island, SC managed to stay just one step ahead of the competition finishing three over on the weekend. Close behind him was Drayton Stewart of Charleston, SC finishing the weekend five over to secure second place. Aiden McCloskey with the JPGA finished eleven over on the weekend to take home third place.