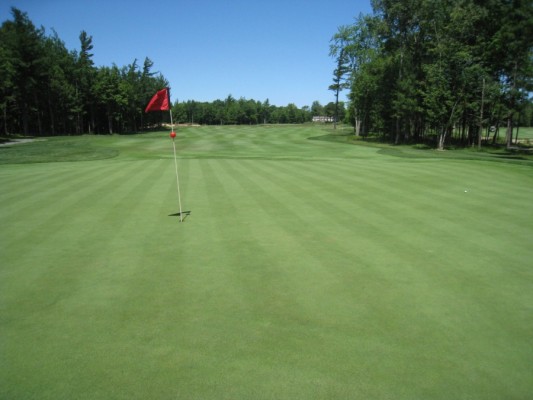 There’s a lot of misinformation floating around out there on the subject of golf. In an effort to separate the facts from the fiction, we’re going to debunk some of the most common myths about the sport.

You Have To Be a Certain Age To Play

There’s no rule — written or otherwise — stating that golfers must be a certain age to play. Some clubs and courses may have their own age requirements, but there’s no such thing as being too young to learn golf. By starting early, golfers can learn the fundamentals of the game, establishing the skills for long-term success.

Keep Your Head Down When Swinging

In reality, though, focusing solely on the ball will restrict your upper body’s normal range of motion, which subsequently throws off your balance and ability to create solid contact.

Golf is only expensive if you purchase the high-dollar clubs and gear. Like any other sport, you must purchase some basic equipment to play golf, including clubs, balls, and a caddy bag, but there are plenty of affordable options out there. Don’t assume that you must buy the “premium” clubs to compete against other skilled golfers.

Of course, another option is to purchase used golf equipment. People often play for game or two and then decide the sport isn’t for them, at which point they sell their barely used clubs for a fraction of the original price.

Keep Your Body Still When Swinging

This myth goes hand-in-hand in the previous one mentioned above. From an outsider’s perspective, golfers “appear” to maintain a stiff form when swinging. Their body remains in the same position, while only shifting just slightly throughout the swing.

But after playing a few games, you’ll realize that golfers twist their body on a single axis during the swing. Its this turning motion that creates the power needed to drive the ball hundreds of yards across the green. Keeping your body stiff will drastically reduce your speed while placing you at risk for developing certain types of shoulder injuries.

Did we leave any golfing myths out? Let us know in the comments section below!